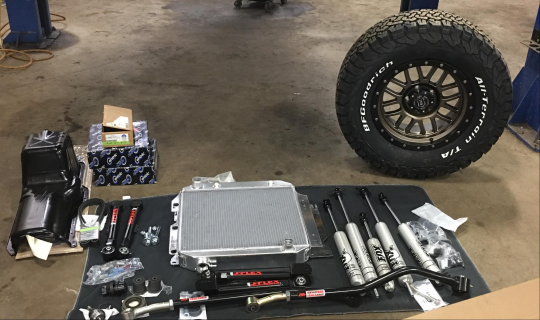 When this Jeep TJ came into us it just had a brand new lift installed in it and unfortunatly, the customer was not happy with it. Many people say a wrangler rides like a hay wagon, if you want one, you gotta get used to it. In many cases that doesn't have to be true - the factory suspension is ok, but once you begin modifying it, one of two things happen - that ride gets much better or it gets much worse. Issues you didn't know you had before could come to surface due to the changes in driveline geometry and the addition of larger tires. What happened here, was a little bit of all that coming together and it made the ride very uncomfortable and saddening to drive for the customer.

Here is what we noticed on our initial inspection

We were on the same page as our customer and just wanted them to be happy, after reviewing what good pieces the lift had and what parts would be needed to make a better ride. At the end of the day, this turned in to a bigger build than we expected, this is what we ended up doing for them: 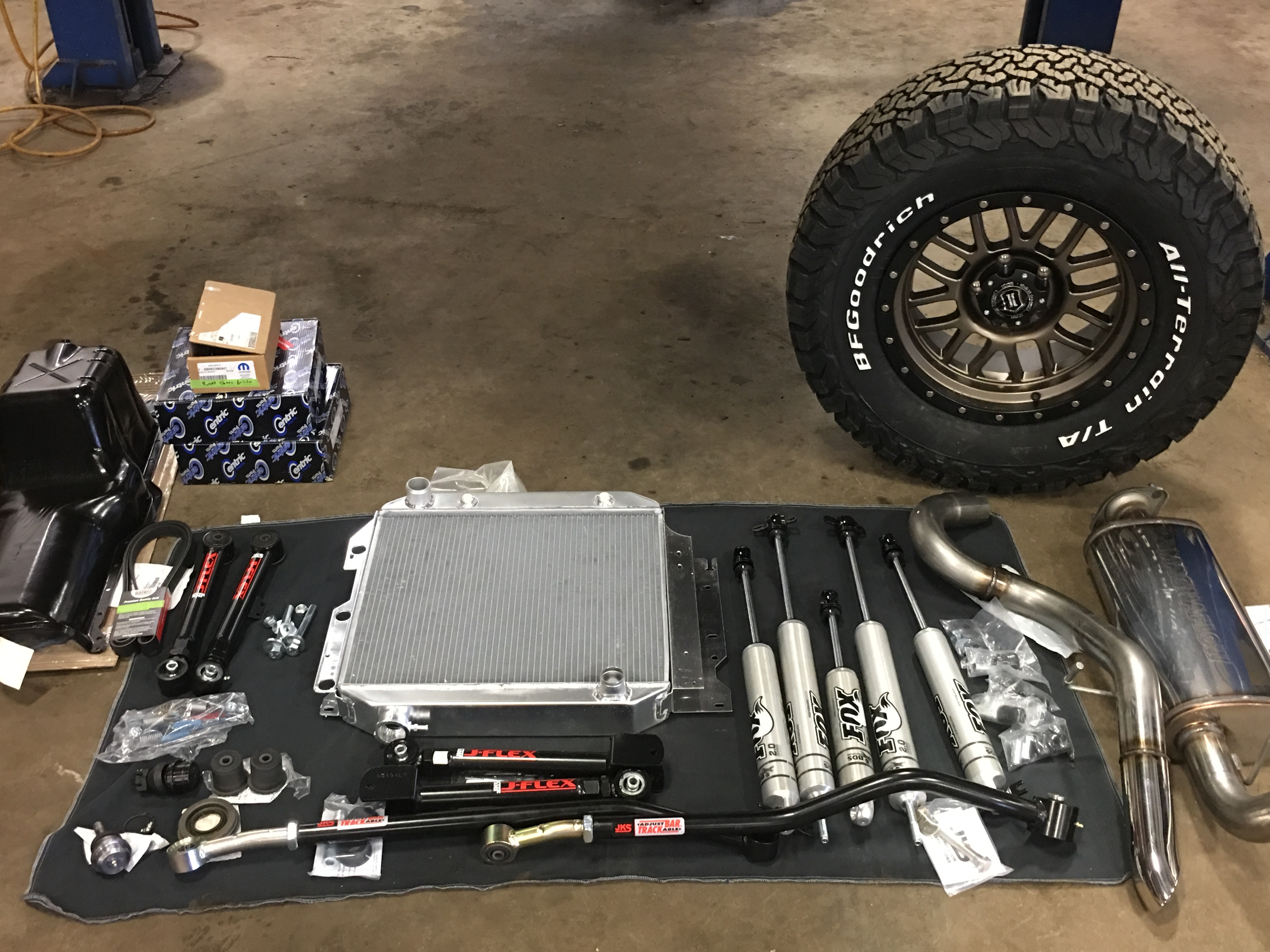 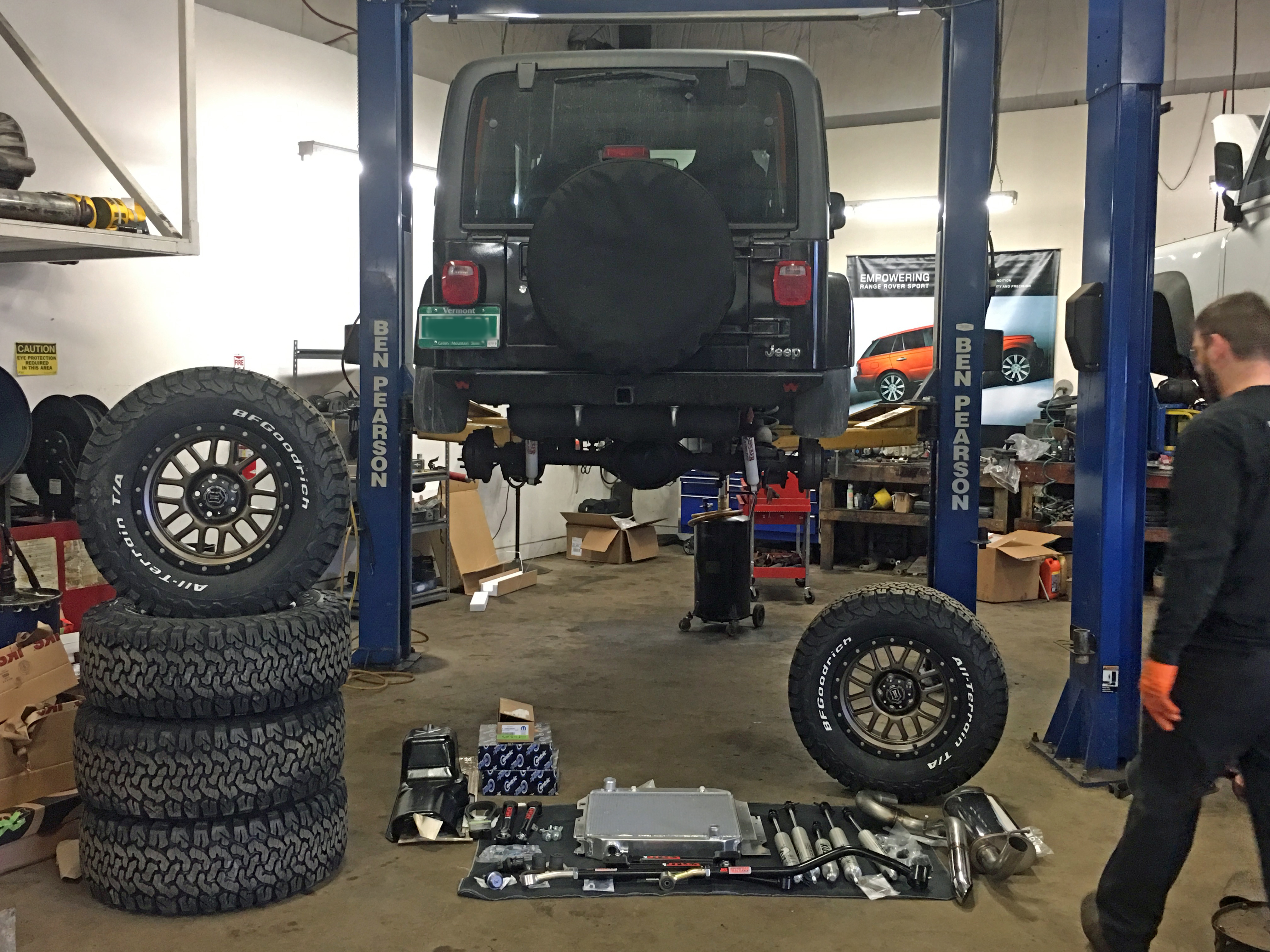 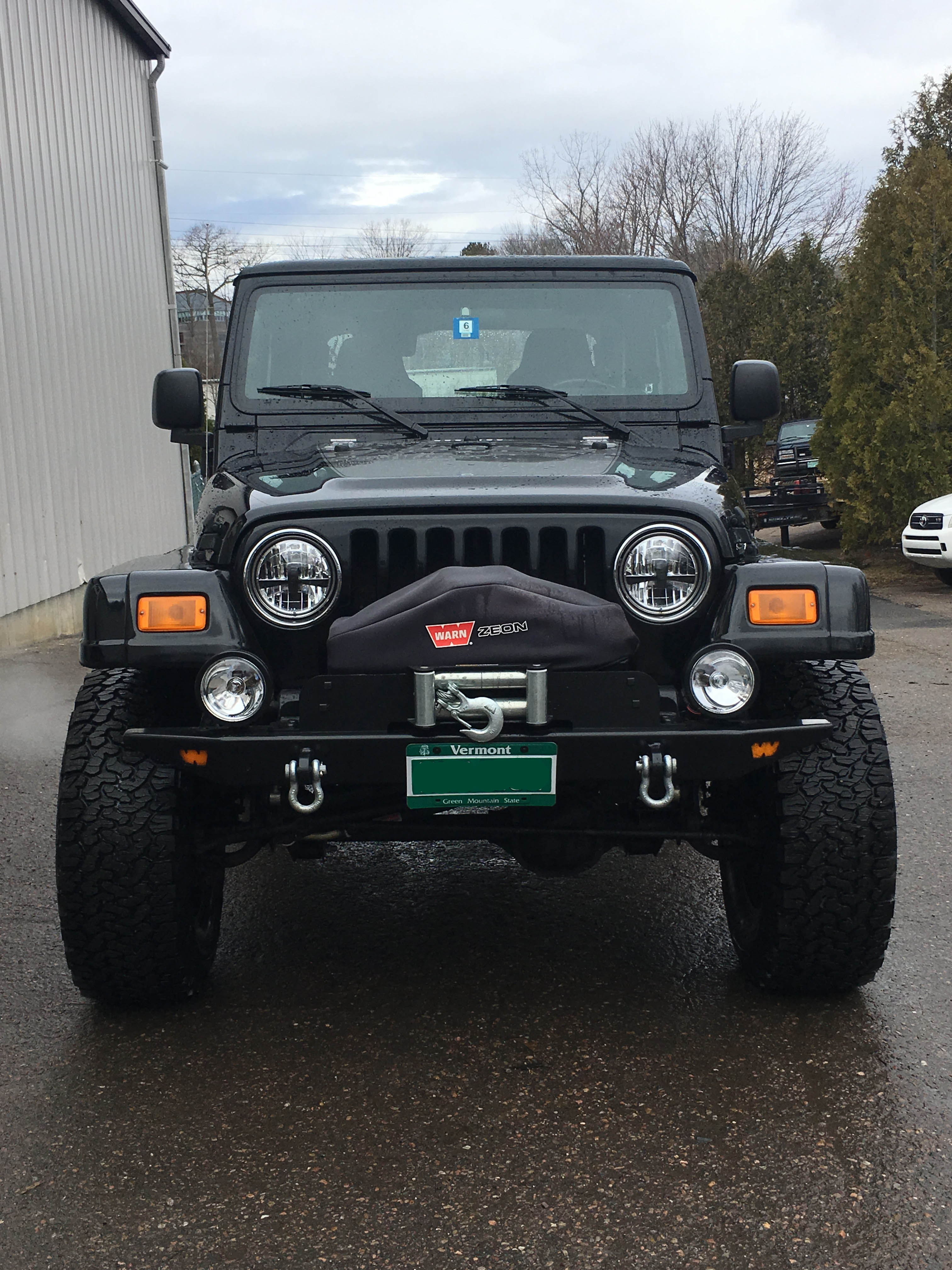 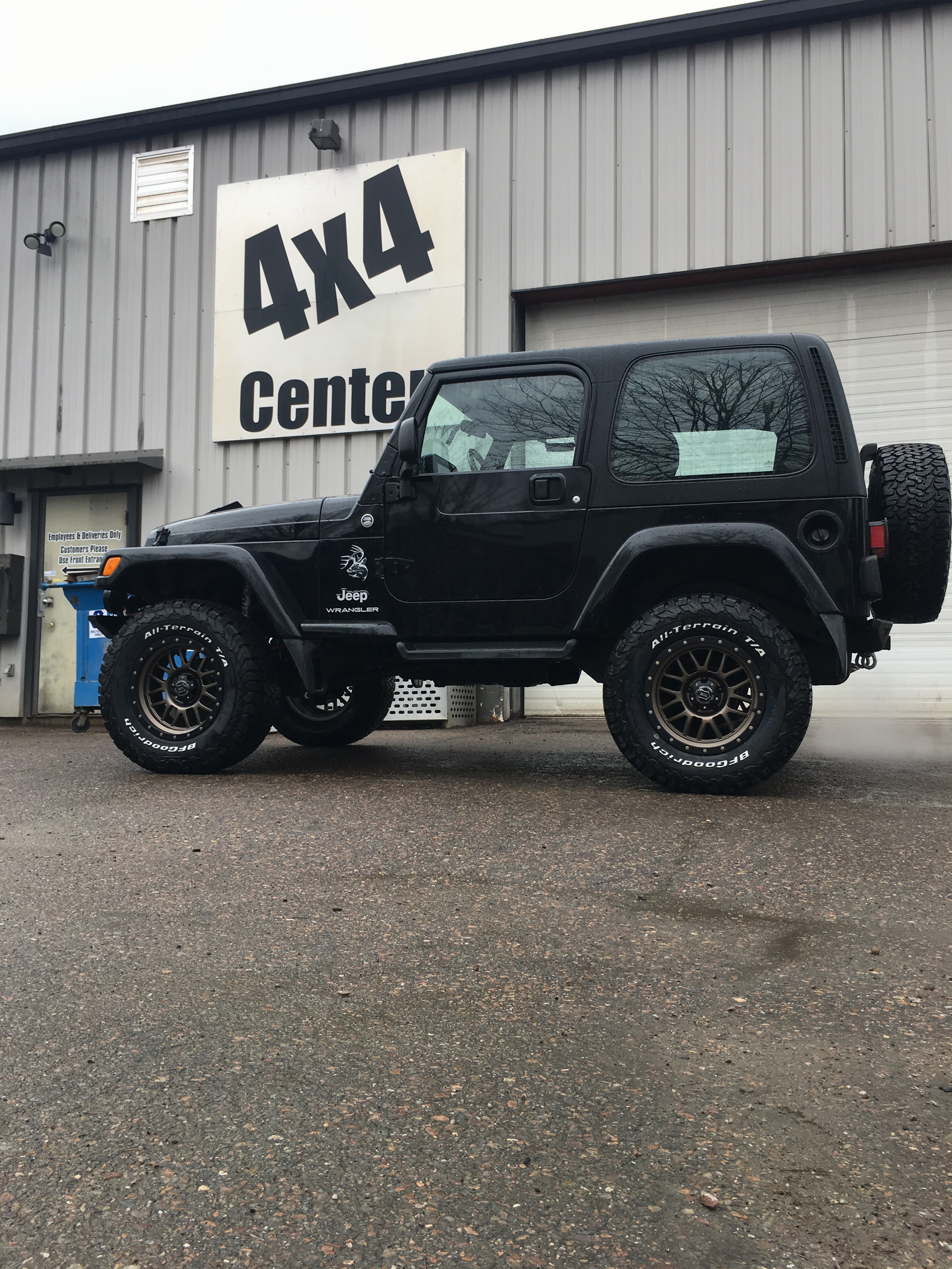 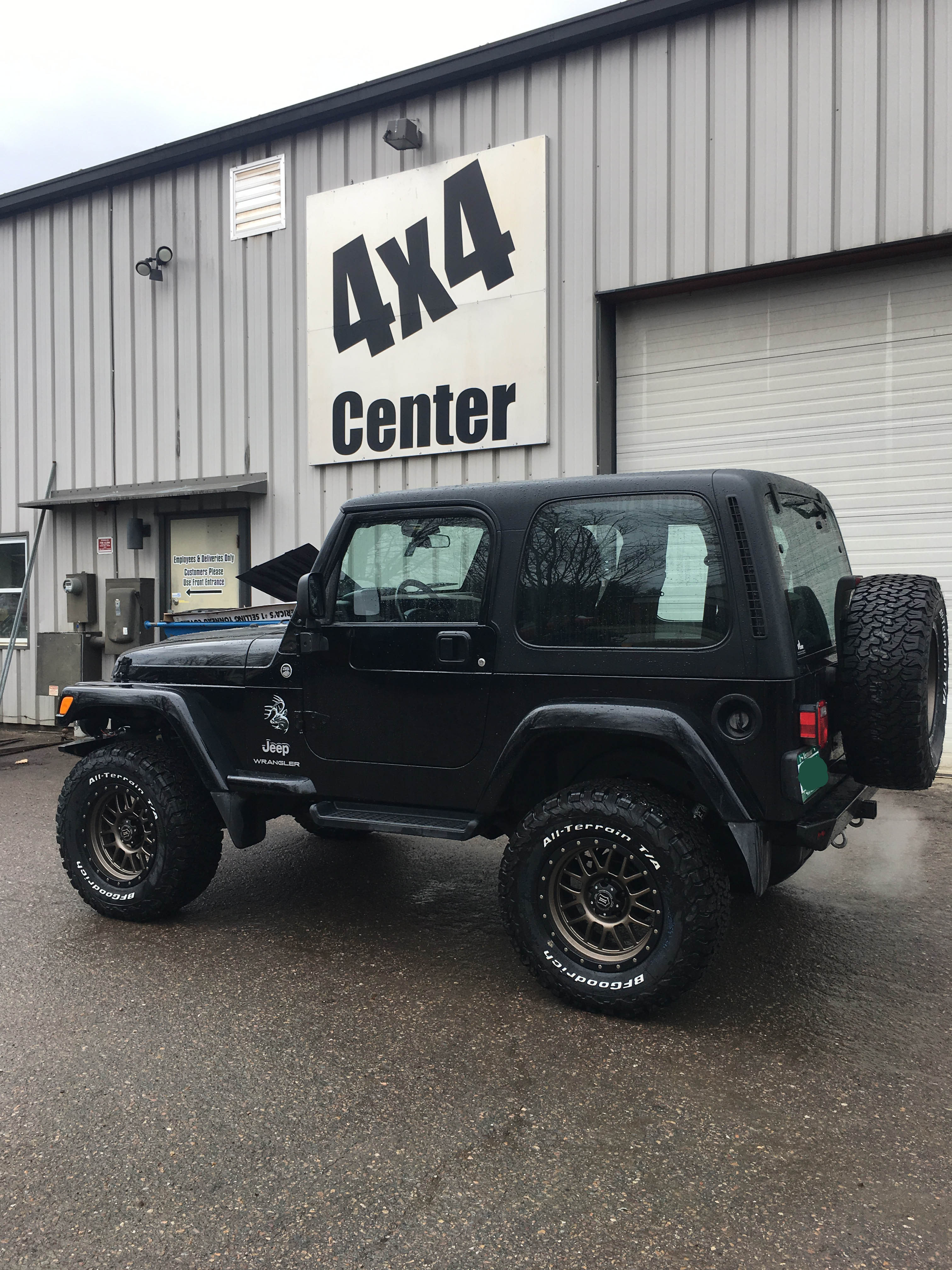